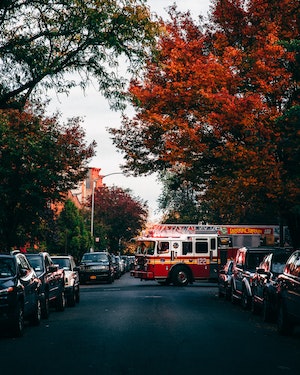 Jerry Wilmer was born February 25, 1943 in Onawa, Iowa, the son of Robert and Etheleen (Meadows) Bellis. He grew up in Onawa and graduated from Onawa High School. Jerry served in the United States Army from September 9, 1964 until his honorable discharge, August 18, 1966. During his military service he was stationed in Germany during Vietnam.

Jerry and Patsy Ann Bean were united into marriage June 4, 1967 at the First Christian Church in Onawa. He worked for Thelander Plumbing and then the City of Onawa for many years until his retirement. Jerry referred to himself as the “builder of eternal homes”, while working for the Onawa Cemetery.

Jerry enjoyed spending time with his grandchildren and attending all of their sporting events. He loved going to the schools and teaching the students about Fire Safety and “Stop”, “Drop”, and “Roll". Jerry gave lots of kids rides on the fire truck. He enjoyed taking his wife to the casino, his morning chat sessions with Scott and Bobby Low, looking up genealogy and family history, and tinkering in the garage.

Jerry was a member of the Faith Lutheran Church, Onawa, Iowa. He was a dedicated member of the Onawa Volunteer Fire Department, close to fifty years, where he served as the Assistant Fire Chief. Jerry was also a member of the David McNeill American Legion Post #129, and the Iowa Firefighter Association.

Condolences may be left online for the family at www.goslarfuneralhome.com

To send flowers to the family or plant a tree in memory of Jerry W. Bellis, please visit our floral store.

A Memorial Tree was planted for Jerry W.

We are deeply sorry for your loss - the staff at Goslar Funeral Home and Monuments, LLC

Join in honoring their life - plant a memorial tree